It's half term! Which means I've been rather occupied putting together activities and running events for our visiting families. Yesterday, we held a very busy session of pond dipping, one of my favourite events we run on the reserve. Soon enough, everyone's trays were swimming with activity in the form of water fleas, backswimmers, mayfly nymphs and a huge number of caddis fly larvae, by far the kings of camouflage in the pond.

But the creature that grabbed everybody's attention was actually not a creature at all - it was a skin! Or rather, several skins left behind, in perfectly preserved condition, by a batch of freshly-emerged hawker dragonflies. These exuviae could be seen dotted around the edge of the pond, still clinging to the reeds they crawled up before the beautiful adult dragonflies split through the casings. Very sensibly, they emerge overnight as the darkness provides them with some protection from predation while they are in a vulnerable state. 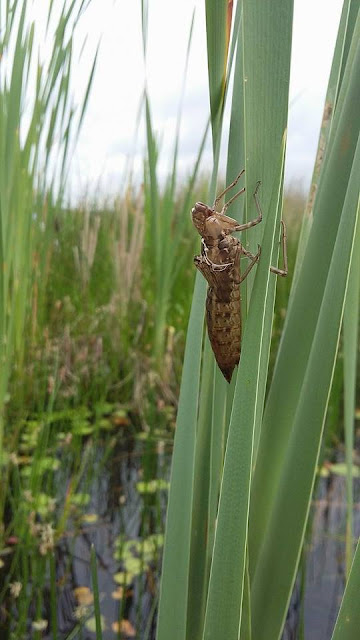 After yesterday's pond dipping excitement, we moved on to minibeast hunting today which yielded a whole lot of lovely, shiny ground beetles. We also set a moth trap so our visitors were all able to have a really close look at some of the wonderful moth species we get on the reserve. Now, I have developed a huge appreciation for moths ever since I started work at Pulborough Brooks and I am super excited we have started setting traps again. Having said that, my knowledge of moth names is severely lacking and I only tend to remember the easy ones with the obvious names (I once found an orange moth in the garden and, when I looked it up, I was disappointed to find out it was actually called "orange moth") but there are a lot of brown species that I have no clue about, so I will be making a conscious effort this year to broaden my moth knowledge! 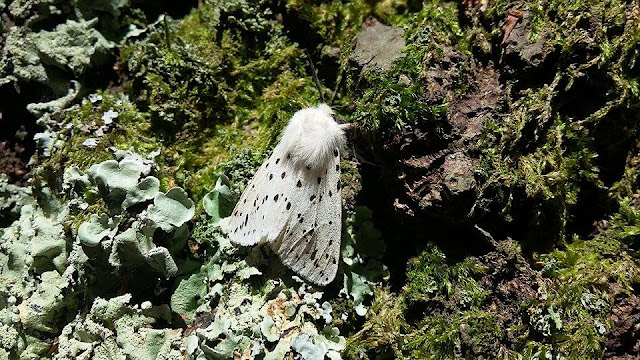 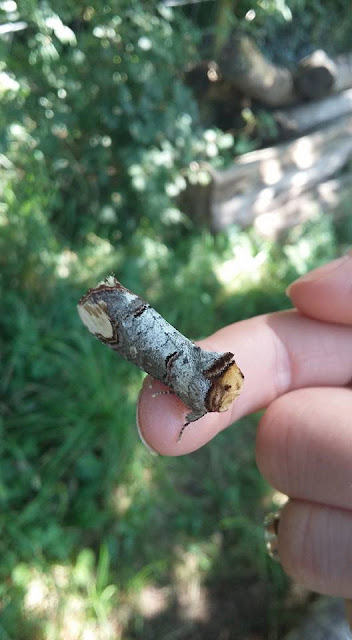 Buff tips definitely make my list of top 3 favourite moths - their camouflage abilities are almost unbelievable! I always look forward to catching one of these beauties and never grow tired of their ability to perfectly mimic twigs.

Tomorrow is the start of the Wildlife Trust's 30 Days Wild campaign which I intend to take part in again this year though I will admit, I'm at a bit of an advantage working on a nature reserve!
Posted by Emily at 7:55 pm

Emily
I work at RSPB Pulborough Brooks as a visitor experience officer, which means I get to hang out everyday with some amazing wildlife on the reserve! I'm also lucky enough to live in Haslemere, the gateway to the beautiful South Downs. All views are my own and in no way represent those of the RSPB or any other organisation.